We made it one month...Collin

It really does feel strange starting all over as a parent.  I had completely forgotten what it was like to have a very helpless baby again.  The truth is, I have become spoiled with how self-sufficient Caleb has become.  I'm sure I'll get back in the swing of things.  We have at least made it a month!  :) 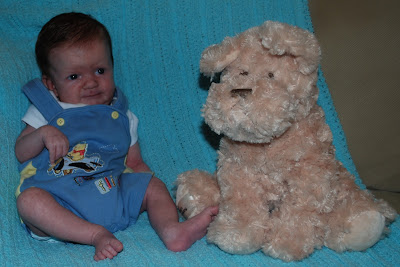 We made it forty-three months...and we made it 1 week!

On July 28th, my two sons, Caleb and Collin, both had a milestone:  Caleb hit 43 months and Collin hit 1 week.  It is so great to now have my two sons here with me and Allison. 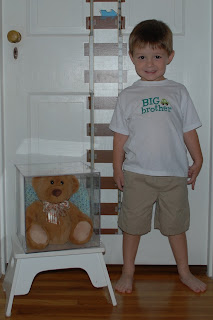 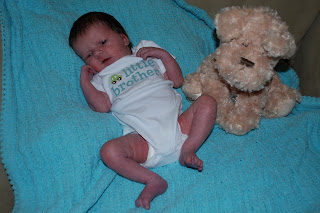 The birthing of the baby… 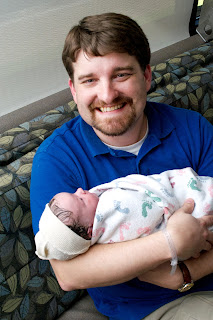 At four o’clock in the morning, our alarms started to sound, stirring us from our, at best, fitful sleep and started what would be one of the longest mornings of my life. Since both Allison and I are “planners”, the car was of course packed, everyone was told when and where they were supposed to be and all we had to do was get the womb to the hospital. We arrived a little before five and the receptionist said that we would be placed in a room, but the storm from the previous had thrown every other pregnant woman in Tarrant County into labor evening (I assume from the change in barometric pressure) and they were a little busy at the moment. Three hours later (8:00 am), the interim nurse (Candice) came in and informed us that our “real” nurse was busy trying to catch a baby and that she would be starting Allison on the pitocin. At this point, I didn’t care who gave Allison the drug, I just wanted someone to start this ball rolling. I had spent the previous three hours thinking about how much more rested I would have been if we had just been granted another hour of sleep, not to mention three!

Now that the IV had been hacked into Allison’s arm and the pitocin was flowing, surely this would be the beginning of the baby. It was the beginning, just a little slow beginning. After about another hour of waiting, the doctor (Dr. Fielder) came in to explain the plan…”labor, labor, labor, push, push, push… baby”. I’m very glad he included the “baby” in the plan, when he was first explaining, I was unsure if we were going to have a baby or a bowel movement!

After significant “labor, labor, labor”, the doctor, along with our “real” nurse (Suzette), came in and broke Allison’s water around 11:15 am. There was no turning back now. We were going to have a baby today!

The contractions were coming with more frequency and I’m assuming intensity, so it was time to get some relief. An epidural for Allison and a hot dog for me. I won’t go on and on about the hot-dog, but it was the best hospital cafeteria hot-dog I have ever eaten. I got mine with chili and cheese and French fries, too! Oh and another doctor (Dr. Carpenter) came in and gave Allison the epidural around 1:00. It looked like she was as happy with that as I was with my hot-dog.

At around 1:40, Dr. Fielder came in to see how close the plane was from landing and much to our disappointment we had not progressed to the degree that the pain of the contractions had. Allison was only dilated to 4cm, 80 percent effaced (we started at 2 cm and 50 percent, 6.5 hours earlier). We were determined not to let the supposedly little progress daunt us. We were going to get this plane on the ground. Thankfully I had a pair of orange coned flashlights and started waving them in the air.

The air-traffic control must have worked because the next time the doctor checked (3:30) Allison was dilated to 8cm. He simply mention that there was another couple in labor next door and that we were in competition to see who could deliver first. Allison must be very competitive, because less than two minutes after the doctor left the room, she said we needed to get the nurse back in here because “something had changed”. The nurse came back in the room and checked her and she had gone from 8cm to 10cm, in two minutes and Allison was definitely ready to “push, push, push”.

The nurse told her to hold off pushing until she got the room ready. Suzette made one phone call that set all wheels in motion. It was amazing how quickly our little room changed from a waiting room into an action room.

Allison started pushing and really only pushed for probably 10 minutes, before the nurse told her to hold off. She said the doctor usually wants to catch the baby and so she would go and get him. After the doctor came in with him the accompanying pomp and circumstance, the pushing resumed. Within about 20 minutes of first starting pushing my son, Collin Andrew Kitchens burst into this world.

Collin weighed 8 pounds and 0.4 ounces and was 21 inches long. His color was good and his head was full of hair, just like his brother. It was almost like a mini-version of Caleb was in the room. I’m sure that Collin and Caleb will join forces and gang up on their poor parents, before we know it.
Posted by SLK at 9:17 PM No comments:

We made it forty-two months...

It must be a miracle...my son is out of town and yet, we were still able to take his picture in front of his door with his bear.  I'm not saying we cheated and took the picture early...you guys out there will just have to be amazed. 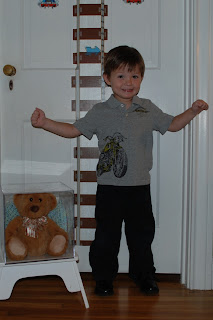 We made it forty-one months...

Caleb was in a mood this evening.  He was SO hyper from who knows what and when it came time to take his picture it was like some talent show.  He was dancing around having a good old time.  This picture is the result of the "dance". 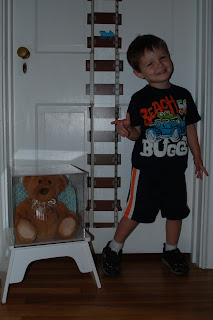 We made it forty months (and two days)...

Well this was the first time that I forgot to take the Milestone picture. I guess that means I am getting old or am just too busy.  Probably just old.  :-( 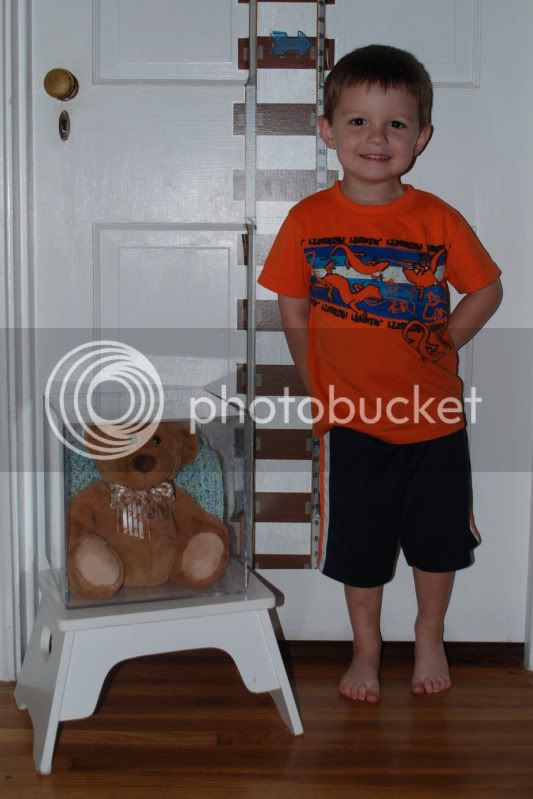 We made it thirty-nine months...

Caleb is just a professional. Usually we take at least 20 pictures every month and pick out the best one to be the official "milestone" picture, but his time we only took 8 pictures.

He finally realizes that Daddy is not going to stop this thing until he is 18 years old! It only took him 47 milestone pictures for him to realize. This would have been the sonogram where we would have found out if the new baby was a bouncing baby boy or a beautiful baby girl, but NO...that did not happen! Mean mean mommy does not want to find out. I wonder when she will want to know…perhaps when the kid is three or four years old!?

The baby was really moving and the technician was having a hard time getting the baby to pose. We did get a few snap shots to share though. 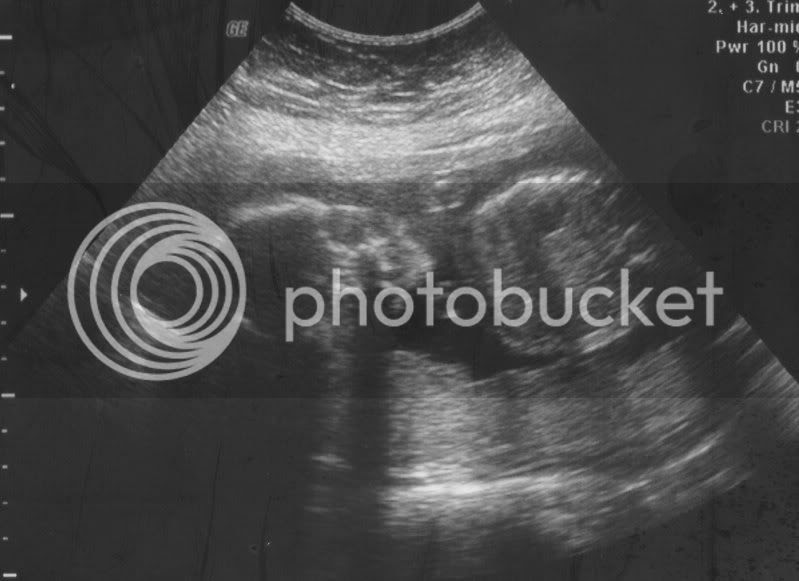 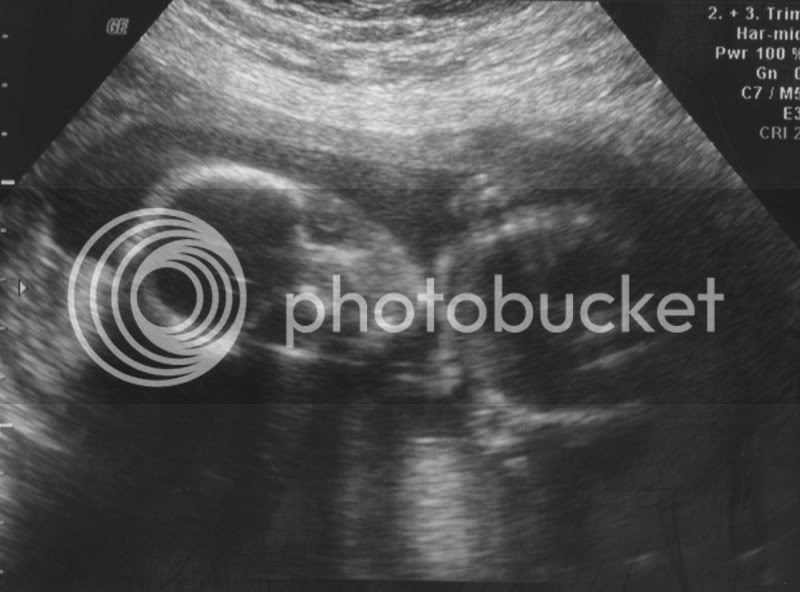 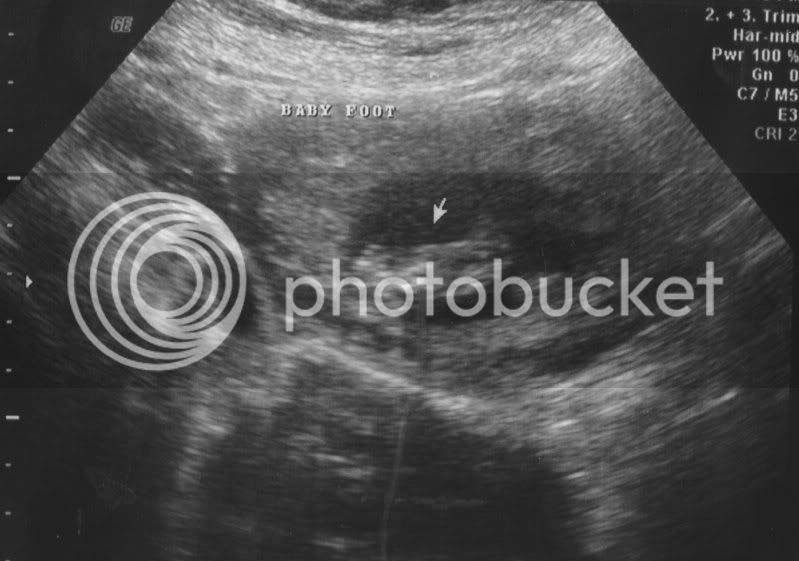 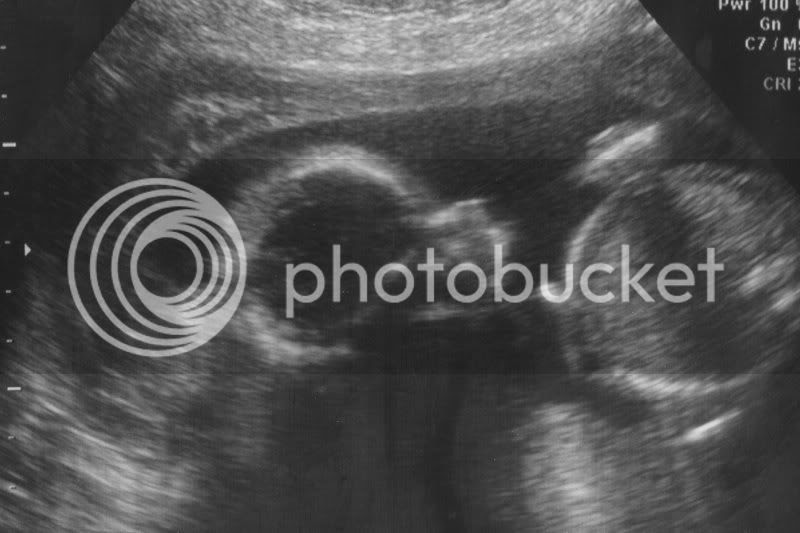 We made it thirty-eight months...

We almost missed his picture this month. Caleb was all ready for bed and saying his goodnights and Allison reminded us that we missed something! 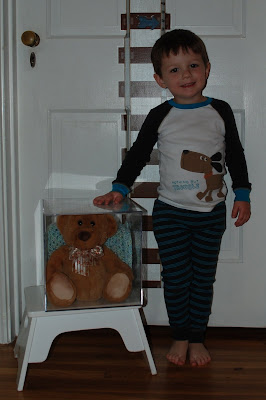 We made it thirty-seven months...

Ok...I think he is wearing the same shirt he had on for his 36 month picture. Caleb wasn't cooperating either. So the picture is a little wonky.

Oh well...such is life with a three year old. 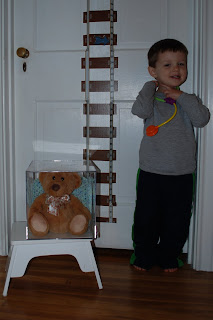