Friday was a day of torture for poor Caleb. We took him to the doctor for his 2 month check up and they pumped him full of vaccines in an effort to stop the pox from taking over the world.

Thankfully it was only two shots and one oral dose. Even so, my son was marred by two mismatched Band-Aids for the better part of the day (see picture below). 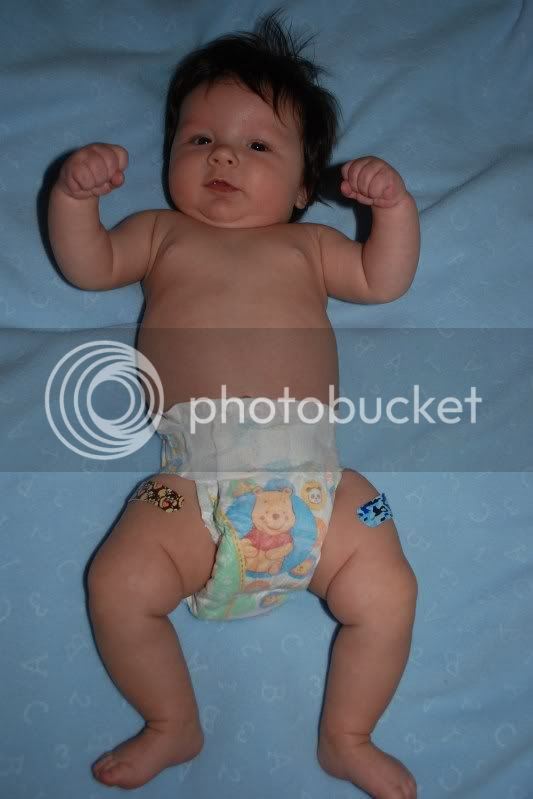 Of course they also weighed and measured him. Oh good grief…he is a chunk…He is now 23.75 inches tall (95th percentile) and he weighs 14 pounds (90th percentile). Since we now have a number of measurements, the progress can now be depicted graphically. 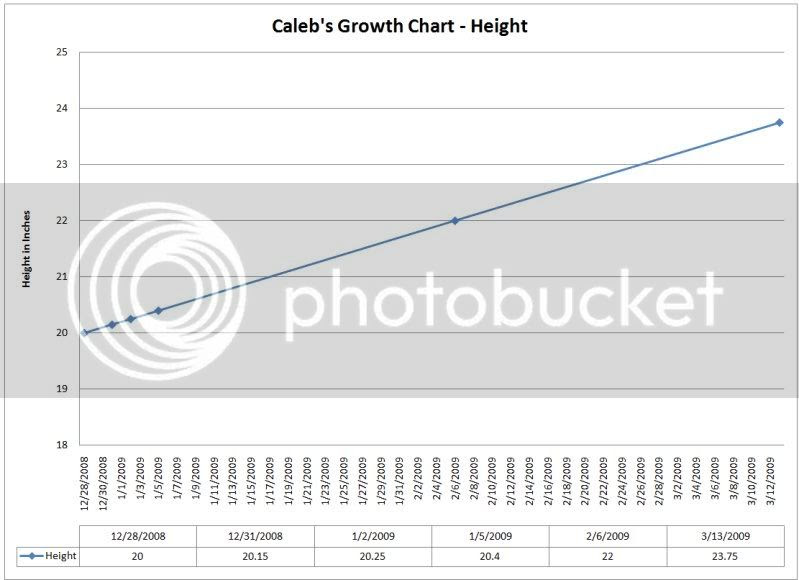 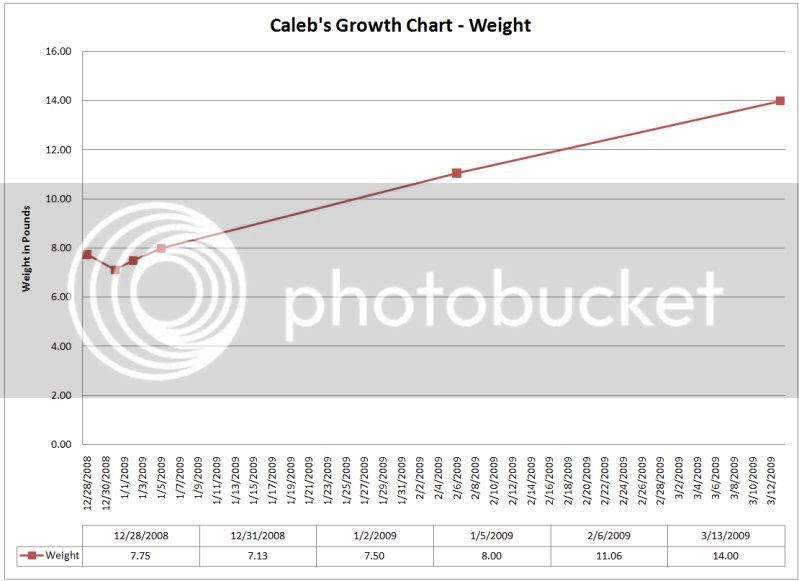