Mommy left Caleb and his daddy alone again today. She made some excuse about going to a meeting at the church, but secretly I think she just wanted to have some “alone time”. I bet she just drove around for two hours. We begged her not to go, but nevertheless she ignored our pleas and ran for the door.

Of course Caleb and I had to find something to do.

We started our time alone by doing a little laundry. If you really know me, you know that I HATE to fold towels. I think that is one reason I wanted to have a child…so that he could fold the towels for me. Caleb did an okay job, but I did notice that he folded a few of the towels with the tags on the outside. I showed him the error of his ways and made him refold those. 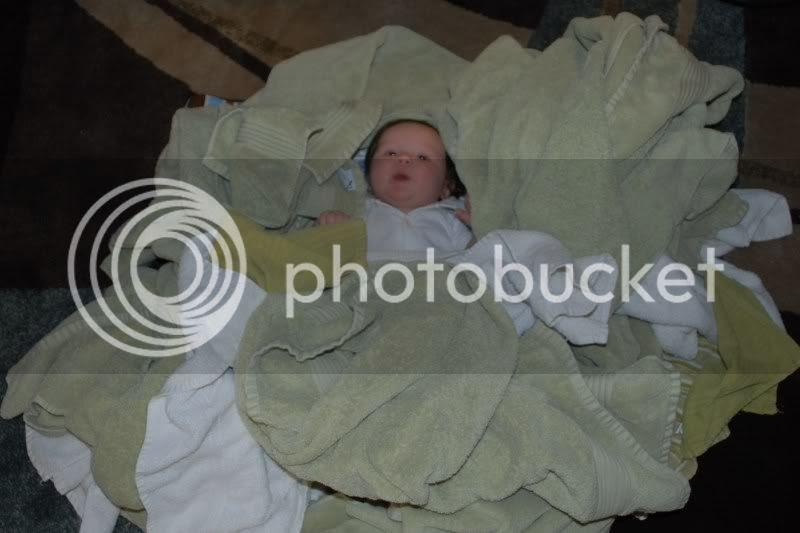 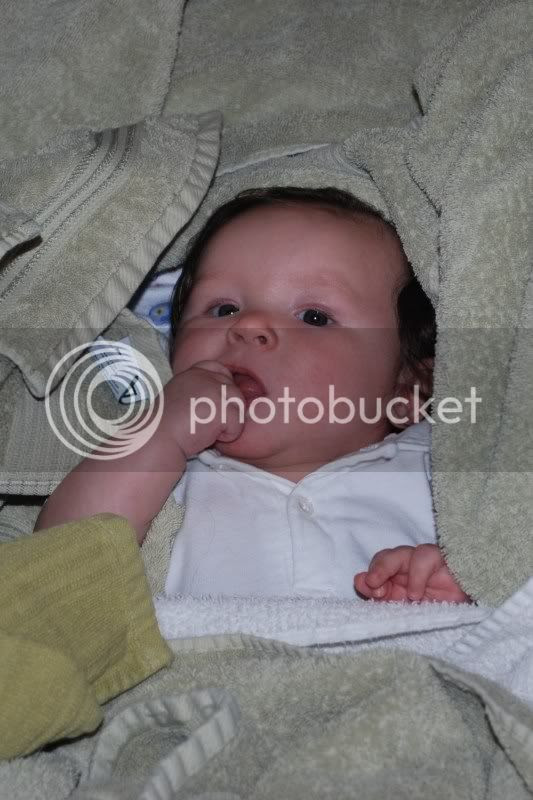 Since his mother and I had worked so hard on the yard the day before, I thought that today would be a perfect opportunity for him to learn a little bit about gardening. I found some old gloves and put him to work fine tuning one of the front flower beds. I think he has found his calling! 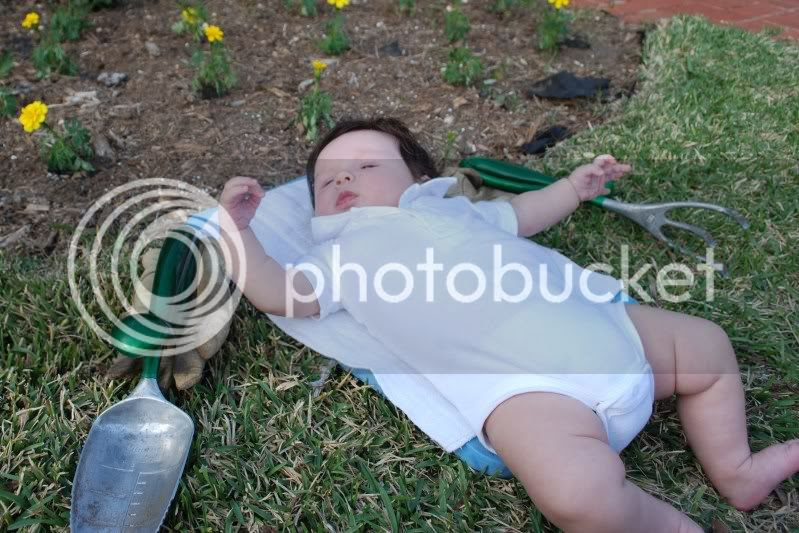 Caleb got a little tired after working in the yard, so he took a little breather on the front porch swing. I told him he could only rest for a little while because we had so much work to do. 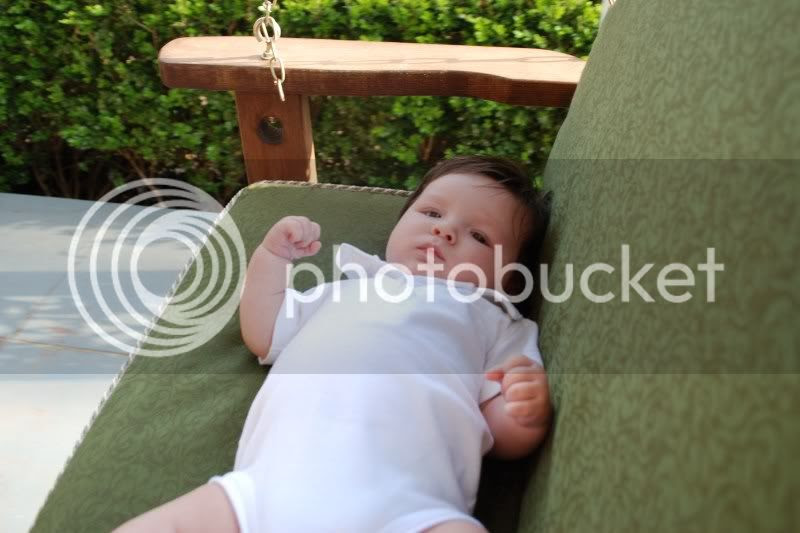 It was getting a little dark outside, so we came inside and Caleb helped me on a project I’ve been working on for the past two or three weeks. He helped me sort and box family pictures. It was slow going at first, but once he discovered which pictures were to be sorted chronologically and which were to be sorted topically it was like he couldn’t be stopped. 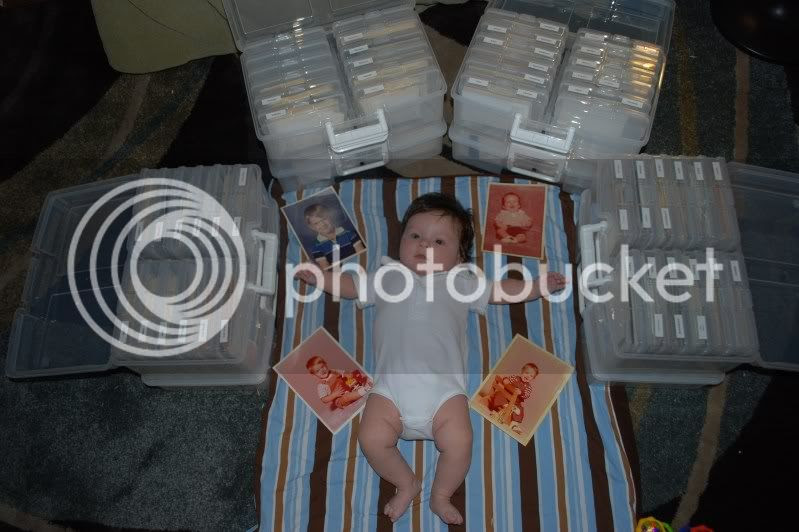 When Allison came in from her meeting, she started shouting things about child labor laws and how certain jobs were just not appropriate for a two month old. At least that is what I think she said. It was difficult to hear because Caleb was sorting the pictures like a mad man!
Posted by SLK at 8:46 PM

I would laugh more about the whole "refolding" of the towels if I hadn't actually had to do that before. We've all giggled at this post anyway.